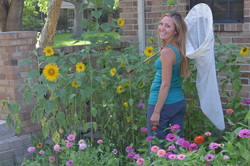 Bumble Bees in Urban Places: Bumble bees are declining worldwide, in part due to the habitat changes associated with urban sprawl. However, establishing and maintaining urban green spaces may help to attenuate those declines. This presentation will discuss ongoing research at the University of North Texas about the use of urban green spaces by bumble bees.

Jessica Beckham is a Texas native whose research involves a multidisciplinary approach to studying the bumble bees of this great state. In particular, she is interested in finding ways that humans and bees can coexist. Before returning to graduate school she taught high school biology in Austin ISD. When she’s not stalking bees she enjoys baking, taking pictures and spending time with her husband and their two year-old son. 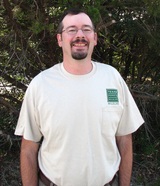 Brett grew up in the DFW area.  After developing an interest in conservation while in the Boy Scouts, he went on to get a BS in Wildlife and Fisheries Sciences from Texas A&M, and an MS from Texas Tech.  Past research interests include white-tailed deer, red imported fire ants, turkey, black bears, and currently, assisting with the Tarrant County based "urban bobcat" studies.  Brett has been an Urban Wildlife Biologist since February of 2004.

Pollinators and Natives:  An Ancient Marriage

Randy Johnson is from Mesquite, TX and he is a graduate of Texas A&M where he earned a degree in Wildlife and Fisheries Sciences.  Randy is the past Director of Horticulture at Texas Discovery Gardens in Dallas;  he is the current Horticulture Manager at The Dallas Zoo.  In addition, he offers organic horticulture and environmental consultations through his personal business, Randy Johnson Organics.   Randy grows and sells native plants from seed he collects from local prairie remnants and forests.  He is the current president of the Dallas chapter of the Native Plant Society of Texas, and he serves on the Board of Directors at Lake Highlands Community Garden.

Mark Klym is coordinator of the Texas Hummingbird Roundup and Texas Wildscapes programs at Texas Parks and Wildlife.  He grew up just across the international border in Canada where he developed a love for the outdoors – spending time fishing, birding and hiking.  His special interest in hummingbirds developed early, when he found a male Ruby-throated Hummingbird exploring the plants in his grandfather’s greenhouse. Mark received baccalaureate degrees in Biological Science and in Fisheries &Wildlife Management from Lake Superior State University in Sault Ste Marie, MI.  He followed the hummingbirds to Texas in 1999 to work with Texas Parks and Wildlife.  He is coauthor of “Hummingbirds of Texas” by Texas A&M Press, editor of the Eye on Nature and Texas Hummer Newsletters, and author and/or editor of several booklets and publications for TPWD. 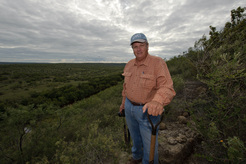 Farm Bill Programs & Plantings for Pollinators: Discover new USDA Farm Bill programs which benefit pollinators.  And... what type of flowering plants should you use for one-acre or larger pollinator plantings which will be of best benefit to conservation pollination?

Ricky Linex is a wildlife biologist for the Natural Resources Conservation Service headquartered in Weatherford, Texas.  Linex works 51 counties in north central Texas covering the Rolling Plains, Cross Timbers, Blackland Prairie and Post Oak Savannah vegetational regions.  He has worked 32 years with NRCS in Goldthwaite, Snyder, Abilene with the past 11 of those years in Weatherford.  He serves as an instructor with the Rolling Plains Bobwhite Brigade and the North Texas Buckskin Brigade.  In 2009 he was selected as Educator of the Year by the Texas Chapter, The Wildlife Society.  He is the author of  the brand new Range Plants of North Central Texas: A Land Users Guide to Their Identification, Value and Management, a plant identification book for north central Texas.  This book has 324 grasses, forbs and woody plants of the area and is full of photos.  A valuable addition within this book is the detailed browsing, grazing and seed value of each plant for cattle, sheep, goats, deer, dove, quail and turkey. 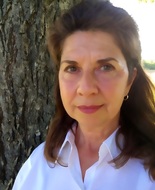 Carrie has been a certified Texas Master Naturalist since 2007, and has completed over 3000 hours of volunteer time for that worthy organization. She has planned and coordinated several successful, well-attended pollinator training seminars for naturalists, botanists, field researchers and others in the North Central Texas area in the past few years. Carrie has also labored intermittently at plant nurseries and grower's farms for the last decade, and has gardened since her earliest childhood when she stubbornly persisted in transplanting Alleghany Highland woodland wildflowers to the Shenandoah Valley year after year in spite of overwhelming and continual defeat. She is an Audubon Master Birder-in-training, a Botanical Research Institute of TX herbarium volunteer, a Texas Bluebird Society member, and a volunteer park ranger at Dinosaur Valley.

Carrie is a born-bred-and-raised Virginian who has visited in Texas for an awfully long time now.  She is deeply committed to being a good steward of the precious gifts of nature that God has given us, and is a passionate lover of same. 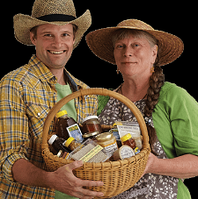 Activist Notes from The Urban Beekeepers- North Texas: A decade's review of urban agriculture, bee culture and pollinator preservation in the city.

Brandon and Susan Pollard are co-founders of the Texas Honeybee Guild, and the creators of Zip Code Honey. 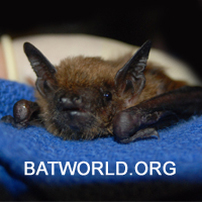 Chiroptera: The Environmental Cornerstone: Bats are the cornerstone of our environment – they are essential players in the cycle of life, propagating and protecting hundreds of plant species upon which humans and other species depend, and they are relentless hunters of harmful insects that destroy crops and spread disease. They are the most misunderstood order of animals on earth, despite their key role in our survival.

Kate is a Business Systems Analyst/Project Manager and licensed wildlife rehabilitator specializing in bats, raccoons, and opossums. She is the director of Bat World MidCities in Arlington, TX, and serves as the Director of Special Projects for Bat World Sanctuary as well. In addition, she serves as the community representative for the University of Texas-Arlington’s Institutional Animal Care and Use Committee, and chairs the Stakeholder Committee for the National White Nose Syndrome Response Team.  Kate has an extensive background in presenting educational programs utilizing both live animals and artifacts, both as a docent at the Minnesota Zoo and as a permitted rehabilitator. Upon moving to Texas in 2004, she became involved in wildlife rehabilitation as a way to expand her knowledge of wildlife while caring for orphaned, ill, and injured native species. She discovered the fascinating world of bats while attending a program given by Dottie Hyatt of Bat World Lone Star, and seized the opportunity to attend a one-week training workshop at Bat World Sanctuary in 2008. She is a passionate teacher and mentor, sharing her love of all animals - and especially bats - with everyone she meets. Her first book, The Essential Bat, was published by Bat World Sanctuary in August, 2012, as a primary resource for the first Texas Bat Symposium trainees.

Eat The Yard - The Pollinator's Importance to the Urban Farmer: This talk will introduce how Mr. Smith and Mr. Jeffers became involved in urban farming and describe how and where they grow their crops. Their committed purpose is to speak out on behalf of the pollinator, our citizens and our farms, our plants for the future, and our positive relationships with veterans afflicted with PTSD through the use of horticultural therapy.

Steve Smith and James Jeffers became urban farmers after leaving military service. They went into farming as a means to feed their families, while continuing to give back to society after leaving the service by also feeding their community. Meaningful work is something generally missing in the veteran community, and farming was a perfect fit for them. They believe that by giving back and involving their fellow veterans in agriculture they can promote healing while helping to feed our community, our cities, and our country. They do this by cultivating the very best agricultural practices possible that allow healing of the earth and restoration of the environment. 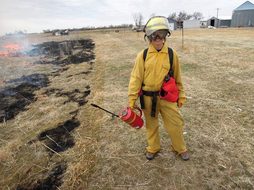 Conservation Practices to Protect Bees on Your Property: Anne will provide a set of guidelines for land management practices that enhance and protect bee habitat on your property. These techniques can be applied at the various scales- from a small suburban backyard up to a large ranch acreage and beyond. She will cover how to provide abundant pollinator forage throughout the growing season, how to enhance nesting opportunities for native bees, and how to protect bees from pesticides and other threats on your property.

Anne Stine moved to Fort Worth at the end of April 2014 for a newly-created position with the Xerces Society as the Central Region's Pollinator Conservation Specialist and NRCS Partner Biologist. She has lived all over the South and in northern Europe.  Immediately prior to her move to Texas, she worked for The Nature Conservancy in Nebraska as one of two Hubbard Conservation Fellows. Before that, she attended graduate school at Duke University where she earned a Master of Science in Environmental Science. 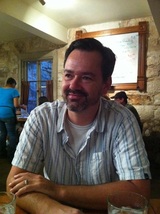 ﻿Michael Warriner, Program Leader of Nongame and Rare Species Program, Texas Parks & Wildlife Department, and PowWow Steering Committee
﻿
Native Bees of Texas: Native bees are critical to native plant reproduction and are key players in the maintenance of Texas’s natural ecosystems.  A large number of native plants pollinated by these bees produce fruit, nuts, or seeds that thousands of animal species depend upon for food, including some popular game animals.  Native bees also play economically important roles in agricultural production. The value of native bees to U.S. agriculture is estimated to be approximately $3 billion annually.

Michael Warriner is an invertebrate biologist, and the Program Leader of Texas Parks and Wildlife Department’s Nongame and Rare Species Program.  Prior to coming to Texas, he worked as the invertebrate zoologist for the Arkansas Natural Heritage Commission and as a research associate working on forest entomology at Mississippi State University. He is also the coordinator of  TPWD's Texas Bumblebee Watch, and the author of nativebeecoop.com.